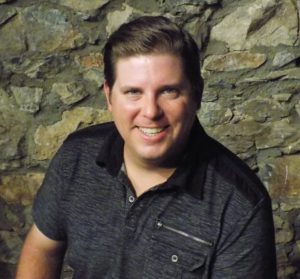 Alex has been with Volcano theatre since 2002 where he started as a light and sound technician with “The Butler Did It”. In 2005 he was awarded Best Actor and Outstanding Individual Performance for Lord Caversham in “An Ideal Husband” and Manager in “Starstruck”. He has also won Best Actor in 2017 for his roll as Mike Talman in “Wait Until Dark”.  Alex started college in 2006 where he was going to major in Theatre Arts and History but changed his studies in 2007 to Firefighting. He worked as a professional firefighter with Columbia College Fire Department, USDA Forest Service, and Amador Fire Protection District. In 2016 he changed jobs and now works full time as a railroad engineer and conductor with the Sierra Railroad out of Oakdale, CA. Alex, to this day, remains a volunteer fire captain with the Jackson Fire Department.  Some of Alex’s hobbies include beekeeping, carnivorous plant cultivation, bagpiping, darkroom photography, and being a private pilot.

The Trial of Ebenezer Scrooge – Rothschild(alternate)

Baby with the Bathwater – Crying Baby

The Wizard of Oz – Cowardly Lion

Rosencrantz and Guildenstern are Dead – Hamlet

Baby with the Bathwater – Stage Manager

A Night in the Theatre – Lights and Sound Operator

The Butler Did It – Lights and Sound Operator