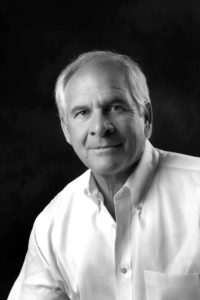 Marty Brifman graduated from UC Davis with a degree in Theater in 1972.  After attending the University of California Hastings College of the Law, Mr. Brifman practiced law in Northern California for 25 years during which time he appeared in numerous community theater productions, receiving an Elly award for best actor in a drama for his performance in “Nuts“.  Mr. Brifman retired from the practice of law in 1999, after which he taught middle school English for Sacramento Unified for 10 years.  He raises cattle, pigs, chickens, ducks, turkeys, and grandchildren on his Amador County ranch, where he has resided since 1987.  Mr. Brifman has thrice been awarded VTC’s male lead award (“The Gin Game” , “A Christmas Carol”, “Camping with Henry and Tom”), and was nominated for an Elly for his portrayal of George in VTC’s highly acclaimed production of “Who’s Afraid of Virginia Woolf?”.

The Trial of Ebenezer Scrooge – Rothschild

Murder on the Nile – Canon Pennefather